Sniffing Out the Funk In Your Agile Team 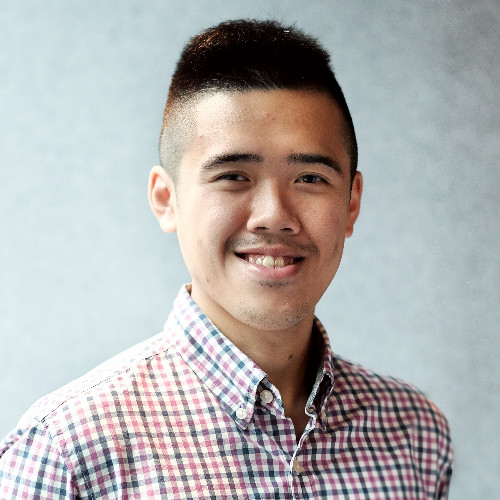 The title of this article might throw you. How, after all, can an Agile team have a ‘funk’, or a bad smell? To explain this, I have to walk you through an analogy I ran into while reading the book The Power of Habit by Charles Duhigg.

Today, Febreze is a household name for our air-freshening needs. Little known, however, is the fact their product was on the brink of failure despite being “a breath of fresh air.” When Procter & Gamble came up with Febreze, they expected their product to fly off the shelf.

Instead, sales dwindled. People who needed Febreze most did not realise the strong odour in their house. For example, when marketers visited a woman with nine cats in her living room, they realised she had grown used to the foul odour and did not notice the smell at all.

People who have become accustomed to bad odour in their living environment will often get used to the smell and ignore it. Similarly, in an organisation that prides itself on running Agile, bad practices that everyone has become accustomed to can often be ignored. This situation is more than often  indicative of deeper problems.

Let’s explore a few different Agile ‘smells’ and how you can Febreze them out of your organisation.

Silence is not golden

Organisations, no matter how big or small, encounter breakdowns in communication. It might seem intuitive to tell your team to speak up, but that’s easier said than done.

Creeping scope, unclear user stories and delayed deliveries are caused by a lack of communication. If your team members don’t talk to each other regularly each day, it’s time to start sniffing around for the underlying problem, and there’s no better way to discover issues and blockers than face-to-face conversations.

Your organisation can foster collaboration by allowing team members to work in proximity to each other. For a global team, they should use portals like Slack and Google Hangouts to foster communication.

It’s also essential to hold a standup meeting every day. A 15-minute, face-to-face meeting lets the team sync for the iteration and communicate any impediments that could block development and delivery. To ensure the meeting is fruitful, the information being shared should be measured in quality, not quantity.

Leaving users out of the equation

Unlike a traditional waterfall process, an Agile team should strive to shorten the feedback loop to its users. Startups and SMEs often lack the resources and time to reach out to users, combined with a lack of communication between both parties, the product is in danger of not responding to the needs of users.

Users are your most important stakeholders, their opinions can help the organisation frame and validate your vision for features and functionality. You can analyse the most popular requests submitted by users and use it to groom the product backlog. By talking to users, you can obtain important data and trends that are crucial to product development. You should check this feedback loop every iteration so you don’t build a product that doesn’t meet user needs.

If you are new to developing a product or software it can be a baptism by fire. Time and time again, when you release new software, complaints from clients will come flooding in.

Imagine waking up one day, you smell burning fumes, you walk to your kitchen and discover a piece of burnt toast in the toaster. You naturally wonder who is responsible for making your kitchen smell like a barbecue.

As survival instinct kicks in, we often shift blame to others. It’s very typical for people inside an organisation to start pointing fingers—most likely at the development and the QA team. This blame game is very destructive to team morale, which in turn hinders future product development.

To combat this, we have to be honest with each other. An organisation should not seek to single out any members of the team. As a team, it’s essential to understand that the team either succeeds or fails together—teams should seek to make rational decisions together as a cohesive unit.

People usually want to avoid a failed project because it’s considered detrimental to their career. As a result, fewer people take the risk of starting a project that might not succeed.

Management might also rashly set up an insurmountable amount of hurdles for the team to overcome, so much that they end up catching themselves in a ‘paralysis by analysis’ situation, where every idea needs to get signed off before execution. Even if people are taking risks, they take the lowest amount to ensure they won’t fail.

In this video, you can see SpaceX made plenty of mistakes before creating a functional orbital rocket booster. We often dislike the idea of failure, as we fear we might lose valuable resources and time. This might be true if you are managing a factory that requires consistent performance in a pre-defined set of standards. However, if we apply that in an ever-evolving business, the idea of avoiding failure can strangle the innovation of an organisation as a whole.

Don’t play it safe, learn to let go and embrace failure. The culture of experimentation is very crucial to an organisation. Your product might not currently boast every feature you’d like it to, but if you never take it to market, you’ll be in the dark in terms of user feedback and unable to build the best possible iteration in the long-term.

Management wants to see results: a rise in revenue and profit, an ever-growing user base and brand awareness amongst the public. When growth stalls, management often falls into panic mode, “what are we doing wrong?” In a time of crisis and panic, management often falls for the fallacy “great leaders don’t tell you what to do, they show how it’s done.”

Leading by example is crucial, but this top-down approach can cause teams to become indifferent. It also suffocates their spirit of innovation. In Agile, leadership is not only about barking orders, but also lending a pair of ears to any suggestions coming your way.

As servant-leaders, management should make sure employees understand the vision, starting with the "why", and let the teams define the "how”. In Agile organisations, management should guide teams with questions. Questions such as “What do you recommend?” are very useful to inspire teams.

According to David J. Snowden and Mary E. Boone, executives at one shoe manufacturer once opened up the brainstorming process for new shoe styles to the entire company. As a result, a security guard submitted a design for a shoe that became one of their best sellers. It’s essential to trust the talent in your organisation.You never know who will come up with the next groundbreaking idea.

So, slow down and smell the roses. Appreciate your team’s talent and embrace change when it drifts your way. Maybe then you’ll be able to sniff out the deeper issues in your Agile team.

4 mins
Transforming your team
User Stories: Why They Matter, and How to Write a Good One

4 mins
Transforming your team
Digital Transformation: Why Do We Need to Embrace It?