Behind the Scenes: PALO IT Lab Introspective  – Week 1 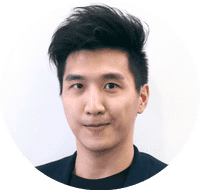 Last week, I shared about the launch of the PALO IT Lab, a new initiative driven by open innovation and collaboration, and a place where Palowans can work together to create more ‘Tech for Good’ solutions that are readily accessible by everyone.

As a continuation from my quick chat with our CTO Dimitri Baikrich, I recently had the opportunity to catch up with our Palowans in the Lab, who launched their first project — Secure Cloud OS.

Their task was to develop an easy-to-use and secure remote desktop solution for the elderly, with a focus on USB fingerprint identification as the authentication method. Although our pioneers came into this project with no significant experience in DaaS and Biometric authentication, they expressed excitement with working on new technology.

“We started the kick-off meeting with a fair amount of uncertainty; we all had different ideas about what the project was actually about.” — Rohan

The first phase involved an idea generation session, where they broke down the scenario into a series of questions, including:

After this exercise, they grouped similar questions together and were given full freedom to pick any module they were interested in working on, along with any available tools.

Our Palowans encountered many challenges while working on their prototype, each exploring and experimenting with different options and combinations to arrive at the most practical choice.

“While comparing, there was no clear winner. All tools/software come with their own added advantages and downsides. I finally realised why they called this the PALO IT Lab.” — Vidarbha

Rohan, in particular, had successfully managed to redirect sound from the cloud desktop to the local PC after testing various remote desktop protocols. But if it were only so simple, right?

“However, the desktop quality was poor. It was slow to respond to mouse & keyboard events, and there was significant screen tearing when too many parts of the screen were changing too fast,” he said.

The key takeaway from this phase was that there was no universal solution, but the prospect of working with no well-defined role and deliverable has been the most enjoyable aspect.

“It’s a great experience working in PALO IT Lab where we are free to use any technology to implement the pilot MVP model. I am very happy to be a part of this team.” — Ashish

Overall, the first week at the Lab was a quiet yet eventful one. I left our sharing session with a greater understanding of their work, while also ruminating on some of the questions that have formed during my own introspection.

What will they have at the end of two months? How are they going to get there? What other blockers are they likely to meet? Am I ever going to get my hoverboard?

7 mins
Positive initiatives
A Journey in Sustainability: The First Tech B Corp in Hong Kong