A Journey in Sustainability: The First Tech B Corp in Hong Kong 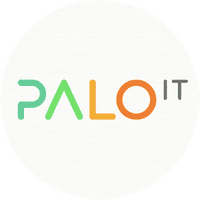 As of July 2020, PALO IT Hong Kong is officially the second PALO IT office to be B Corp-certified globally (Singapore being the first), and our ten locations across Europe, Asia, Australia and the Americas are all currently working in parallel towards certification.

To give a bit of background for those unfamiliar with B Lab, certified B Corporations are leaders of a global movement of people using business as a force for good, voluntarily meeting the highest standards of overall social and environmental performance, transparency, and accountability.

Throughout the certification process, companies are submitted to a rigorous assessment by the nonprofit B Lab. There are currently over 3,400 B Corps from more than 150 industries in 60+ countries. In Hong Kong, there are currently nine certified companies, and PALO IT is the first tech company to be certified in the region 🎉

This is at once an exciting landmark, and a moment for reflection. "We are excited that PALO IT has joined the local B Corp community,” said K K Tse, B Lab Leader, Hong Kong and Macau & Co-founder/Chief Education Officer at Education for Good, “This is a milestone for us here, and I am sure they will serve as an inspiration and role model for companies that want to become a force for good."

Ivy Chan, Agile Practitioner and a driving force behind our B Corp Committee (more on that later) also shared her thoughts on the achievement, “I’m proud that we took our own path with certification, and achieved it through our own unique means. We applied our professional disciplines, like Agile methodology, to make it happen.”

“I hope this trend expands well beyond what we’re doing individually. As a business, this is our greatest goal in Hong Kong for the future—working with certified companies, or those that are striving for certification, learning from each other, and making this the new norm.”

Indeed, while we take pride in pioneering B Corp status for tech companies in Hong Kong, it also signals a market that’s ripe for progress, a larger ecosystem that’s begging to evolve.

So, let’s move past the accolades and get down to business, how does one go about becoming a B Corporation? For those out there looking for a way to make a positive impact on individuals, the community, and the world as a whole, it all starts with the framework...without a blueprint for change, you might find yourself scrambling in the dark to make meaningful choices that have real-world effects.

Our blueprint is no secret (from the struggles to the successes) and we hope it inspires other companies of similar ilks to make the jump in becoming purposeful, sustainable, ever-evolving organisations.

Our path towards becoming a B Corporation all started with an appreciative inquiry at a team retreat in Thailand. When the team was collectively asked what was at the top of their ‘wants’, having a positive impact turned out to be a shared goal, and B Lab stood out as an organisation that reflected our values.

Hong Kong Managing Director Jing Lei spoke about bringing the initiative back to the office. “Initially we were poor in some areas and strong in others. Governance was strong, HR was a real plus. But it became apparent early on that we needed to put more effort into the environmental and client side of things.”

“It’s not just an assessment of yourself, it’s a broader look at your ecosystem. It makes you think about who you work with, what work you’re doing...it’s really a 360° approach. It’s sobering, but at the end of the day, it allows you to make much better choices,” said Lei.

After some deep deliberation, the team started with small pilot projects (in true Agile spirit) chipping away at different aspects of the certification process. Just like tech products, with new mindsets there are early adopters, the majority, etc. To encourage adoption, individuals were free to choose any aspect of assessment they wanted to approach.

Ivy Chan was one of those early adopters, and in January 2020 she started working as PO for the initiative. As a first course of action, she formed a B Corp Committee to more concretely tie project roles back to individual strengths—from management, to marketing, to HR, to Agile, tech and design, the committee formed a truly cross-functional team. This ensured internal change that touched all parts of the organisation, rather than just one person or one team.

This committee met on a regular basis, and was the catalyst for many new actions, including recycling programs, volunteer events, and extensive documentation around positive impact. Suffice to say, some aspects were simpler than others. Chan explained, “Documentation was difficult! It’s tough to report on every last aspect of business impact. You can’t simply make a statement in this process, you can’t say ‘we make a positive impact through our work with clients’ and be done with it. You have to go further and show how this was done and why it matters.”

To help in this process, the committee created a detailed Kanban board, so that every B Corp-related task was transparent, with its progress readily visible to the entire team.

“The specifics of the documentation and measurement framework was a lot of work, but so crucial. This framework, the questions that it poses, that’s what gets you to think about things differently. For example, doing volunteer work during off-hours does not score you points towards certification. What does, is doing it during work hours. And yea, there’s a great truth to that! Companies should actively support activities, rather than just asking employees to, you know, do them during personal time, just so it’s convenient for business.”

The other growing pain that’s worth mentioning is that, while ready-made transformation game plans are out there, your path forward is also very dependent on location and industry. “There isn’t some universal set of rules for making a positive impact,” said Chan, “In Hong Kong, for example, there is a real focus on customers. The customer is always right, this is such a deeply-ingrained part of business here, and it really affects how you approach this process. Yes, customers are important! But communities, the environment, and employees need to be a priority too. And we’ve changed the way we approach this. We choose to work with clients who reflect our values.”

Lei echoed this sentiment, “For the tech industry, it can be very blurry. Impact is less obvious compared to, say, producing tangible products—textiles, food, etc. We need to address the complexities of the projects we’re working on. We need to ask ourselves, how are our services affecting the environment? Green IT is gaining traction, but there’s still a lot of progress to be made. Measuring your own KPIs in this regard is complicated, and requires you to think more deeply about your processes.”

More specifically, the articles of association (called a ‘mission lock’ in B Corp) that are so common in corporate governance in the West, are not yet recognised in Hong Kong, and indeed, in many other regions. Legally binding yourself to positive impact goals is, therefore, not exactly possible. “I’m hopeful that this will change in the future,” said Lei, “otherwise you’re at risk of simply using positive impact as a message, without the groundwork. I know a lot of companies in Hong Kong are chasing similar goals, so I think it’s quite important.”

The fruits of labour

Let’s take a deep breath 😮 Regardless of the challenges, there is a real light at the end of the tunnel. While some of these processes may seem arduous, much like running a marathon or building something from scratch, they’re ultimately very rewarding.

Internally, the PALO IT Hong Kong team has seen greater cohesion and dedication due to our push towards B Corp certification. “I’m proud, I’m surprised, and I’m really impressed by the commitment of our team. I think that extends to any company who’s part of the movement. B Corp’s all have one thing in common, they’re driven by teams, not individuals,” said Chan.

In this way, B Corp works much like a teambuilding exercise. It’s exciting and it’s challenging, there might be some bumps in the road, but at the end of the day everyone feels more involved in what’s going on in the company.

“I’m most proud of our team’s participation and collaboration,” said Lei, “To have everyone thinking more deeply about the work they’re doing, how it affects the community and the environment, it’s very inspiring. They’re ‘walking the walk’ so to speak, and it’s all been a very organic process, growing from the ground up into what we are today.”

The end is the beginning

While PALO IT Hong Kong is proud to be brought into the B Corp fold, the certification isn’t an achievement in itself, it’s not some kind of end goal. What the team realised while undergoing assessment is that, although there are some benchmarks set forth for you by B Lab, what’s more important is changing the way you think about positive impact. If, after all is said and done, the most inspiring part of the journey is the certification itself...well, there needs to be some further introspection.

Lei explained, “Becoming a B Corporation isn’t the end of the story here. We’re humbled to be recognised! But there’s much work to be done. Ultimately, the certification is a continuing framework, a tool that you can use for future business operations. We’re excited to continue to use the certification as a North Star for the work that we’re doing.”

Chan, meanwhile, is also looking towards the future, “This was just step one in the process of making a positive impact. Now that we’re certified, we’re faced with the question, what’s next? As individuals, as a team, and as a global company, the opportunity in front of us has never been clearer.”

Any company that’s facing our current state of affairs has a responsibility to think about the impact they’re having, and to act on it. Now more than ever, we need businesses who actually care. Consumers, communities, and the world as a whole are looking for companies that are being ethical and accountable for their actions. For younger generations especially, this is an expectation for businesses they partner with, invest in, work for, buy from, and support. For that reason alone, positive impact companies are becoming a new norm, and this certainly won’t be the last you hear the term B Corporation... 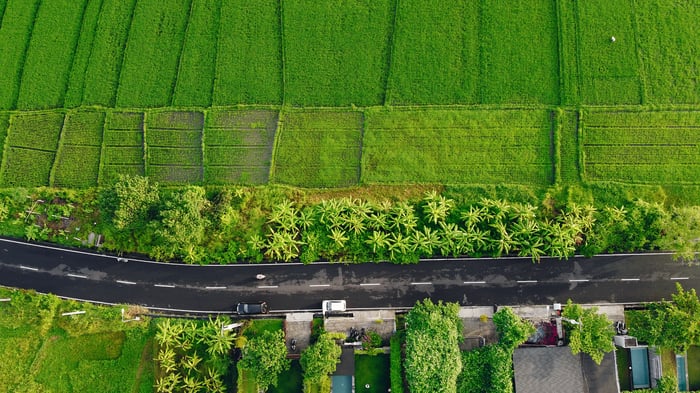 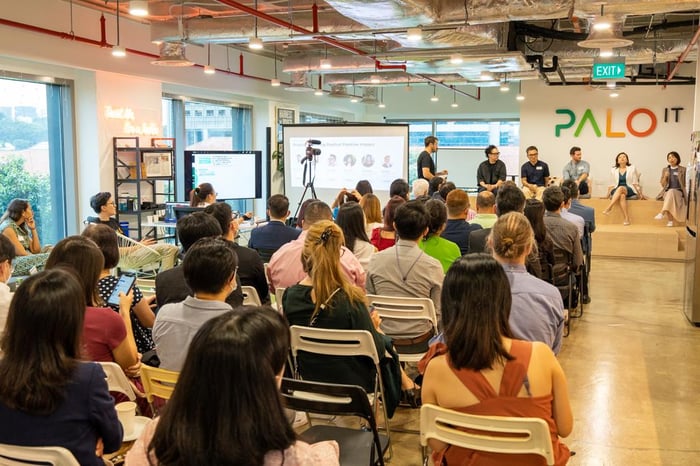